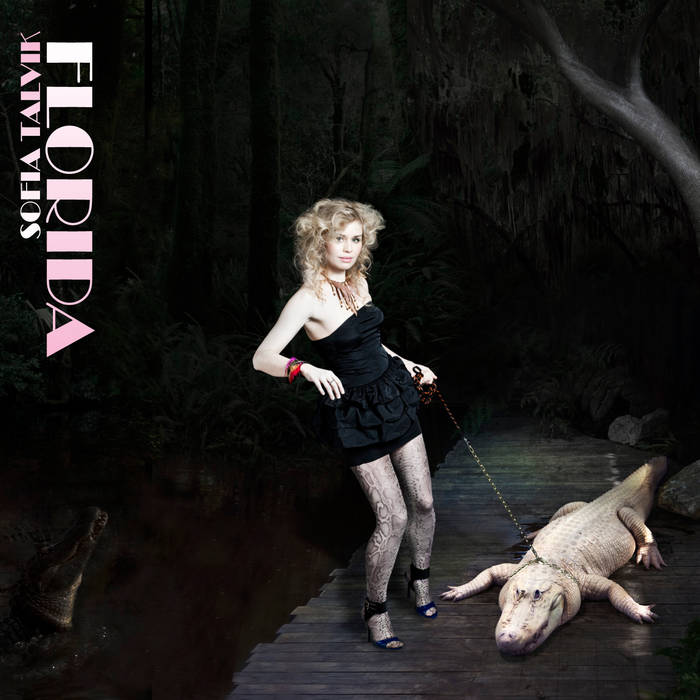 Marcus Ferguson Probably my favourite of all Sofia's many excellent release.

I adore her voice, her songwriting and, well, everything about her really! Sofia Talvik is, quite simply, amazing! Favorite track: Florida.

Chants of black magic, tainted with the lingering sunshine of the Florida sun...

With her fourth album "Florida" Sofia takes her sound a step further and mixes her Scandinavian heritage with the mystique of the American south, like the chants of black magic but tainted with the lingering sunshine of the Florida sun she takes us on a journey unlike any other.

2010 marks the fifth anniversary of Sofia Talvik as an artist. At least if one chooses to count from when her debut album Blue Moon. Since then she has been played on the radio several times and established himself as both artist and record label boss and May 12 she is releasing her 4th album on her own label Makaki Music.

With 'Florida' we'll see a whole new side of Sofia. From being characterized by hes subtle and stripped-down arrangements she now brings a larger sound. Mixed with acoustic instruments such as trombone and cello, we get synth bass and programmed drums and the sound is bigger and more daring than before.

"I wanted the drums to be the focus of this album and give it a backbone," says Sofia. "Some songs have both real and programmed beats, I think it provides an exciting sound that fits the new songs."

The album is called "Florida" and it is no coincidence. Sofia who have been flirting with America earlier on the album "Jonestown" that was named after an American sect, lived for a period in Florida in 2009. The title track is a diary from a rainy week in "The Sunshine State" but Sofia says that the album is related to the American South.

"Some songs are dark and a bit weird, some are sunny and summery. Common to all tracks is that they have a drive. I imagine that you listen to them at high volume in a car on the way down to Key West. It goes without saying that you become inspired by what you feel. If I would have been a lot in India, the album would have sounded completely different, but I do not think I would win anything in the U.S. by trying to sound American, they do like that I am Scandinavian, it is exotic to them."

As usual, Sofia Talvik is in the forefront of reaching out to fans and they have been able to follow the work with recording in the studio live on Ustream.