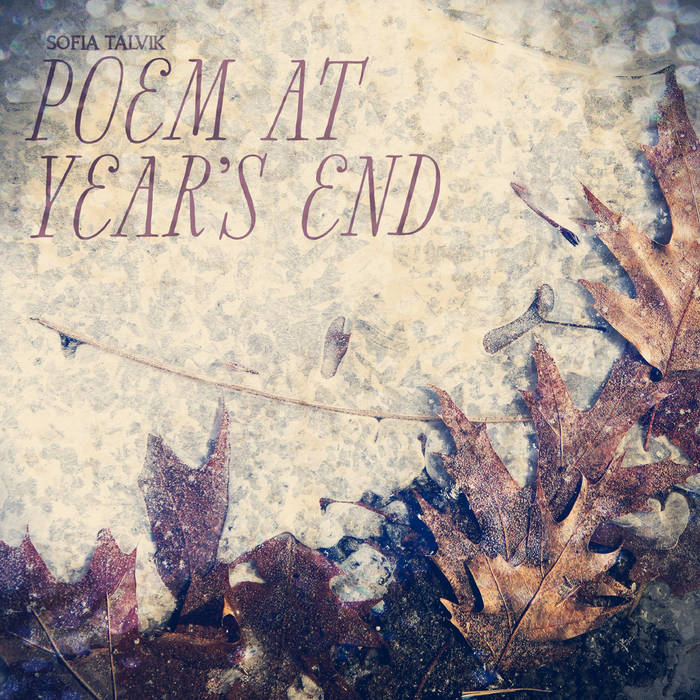 Every year Swedish artist Sofia Talvik writes a Christmas song to her fans. This year the title of the song is "Poem At Year's End"

Sofia Talvik asked her fans what they thought she should write about this year, and many wanted something political.

"To be honest that made me feel exhausted" says Sofia. ”There has been so much politics, and so many fights the last few years that the last thing I wanted to do was to write a political Christmas song. So instead I decided to write something that everyone could listen to and enjoy with an open heart, and a calm mind. This is nothing more than a poem about the end of the year, and that is why I called it ”Poem At Year’s End”. ”
- Sofia Talvik

The beautiful cello harmonies by David Floer, and soaring horns by Tim Fleming makes you think about 60’s folk songs, like the tunes of Nick Drake. Sofia’s angelic voice is bearing the tale about the passing of the year.