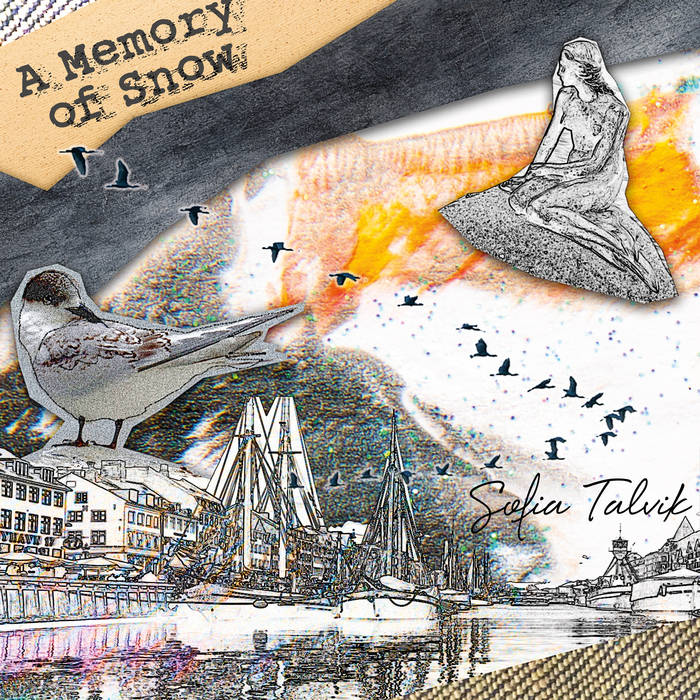 Preben Falkenløve Loved this directly, I heard it!

Sofia Talvik - A Memory of Snow

Swedish Folk/Americana artist Sofia Talvik is back with her annual Christmas single. Known for her darker take on the theme, she is surprising us this year by not releasing a single about someone dying or kids getting robbed of their dreams at Christmas. Instead it’s a rather soothing tale of lost love and memories of a snow covered Copenhagen. Though not entirely auto autobiographical, Sofia did spend the winter of 1998 in Copenhagen studying art at a local college. It was indeed a snowy winter, though the rest can have been anyone’s story.
”That’s what I like about writing my Christmas songs, they’re more detached from my personal life than my other songs”, says Sofia, ”I feel like I have more freedom to fable in a way”.

Backed up by fellow artists Tom Marsh (Those Goddamn Hippies, UK) on backing vocals and glittering piano, as well as U.S Americana artist Van Plating on violin, the track will let your thoughts wander to Irish traditionals yet sound utterly modern and folky at the same time. As usual Sofia's angel-clear vocals take a central place in the production, and her steady guitar picking drives the beat forward.

On the road promoting her critically acclaimed fresh album ”Paws of a Bear” early 2020, the pandemic unleashed, and cut her tour short including an official showcase at SxSW. Sofia immediately went on to the online concert platform, performing for her audience through Facebook and Youtube, soon getting invited to perform at many online festivals in Europe and the U.S. In the summer of 2020 she released an unplugged version of ”Paws of a Bear” featuring two previously unreleased tracks.
”A delightful companion piece and complement to the full studio recording, it’s most definitely one of those bear necessities.” - Folk Radio UK

A year and a half later she's getting back on the road in Europe, and is also doing a full month Christmas tour in Germany where she'll be performing a variety of her own Christmas songs, her full length original Christmas Album "When Winter Comes" was released in 2017. "A Memory of Snow" will definitely be on the repertoire.

"A Memory of Snow" will be released on all online platforms on November 24th.